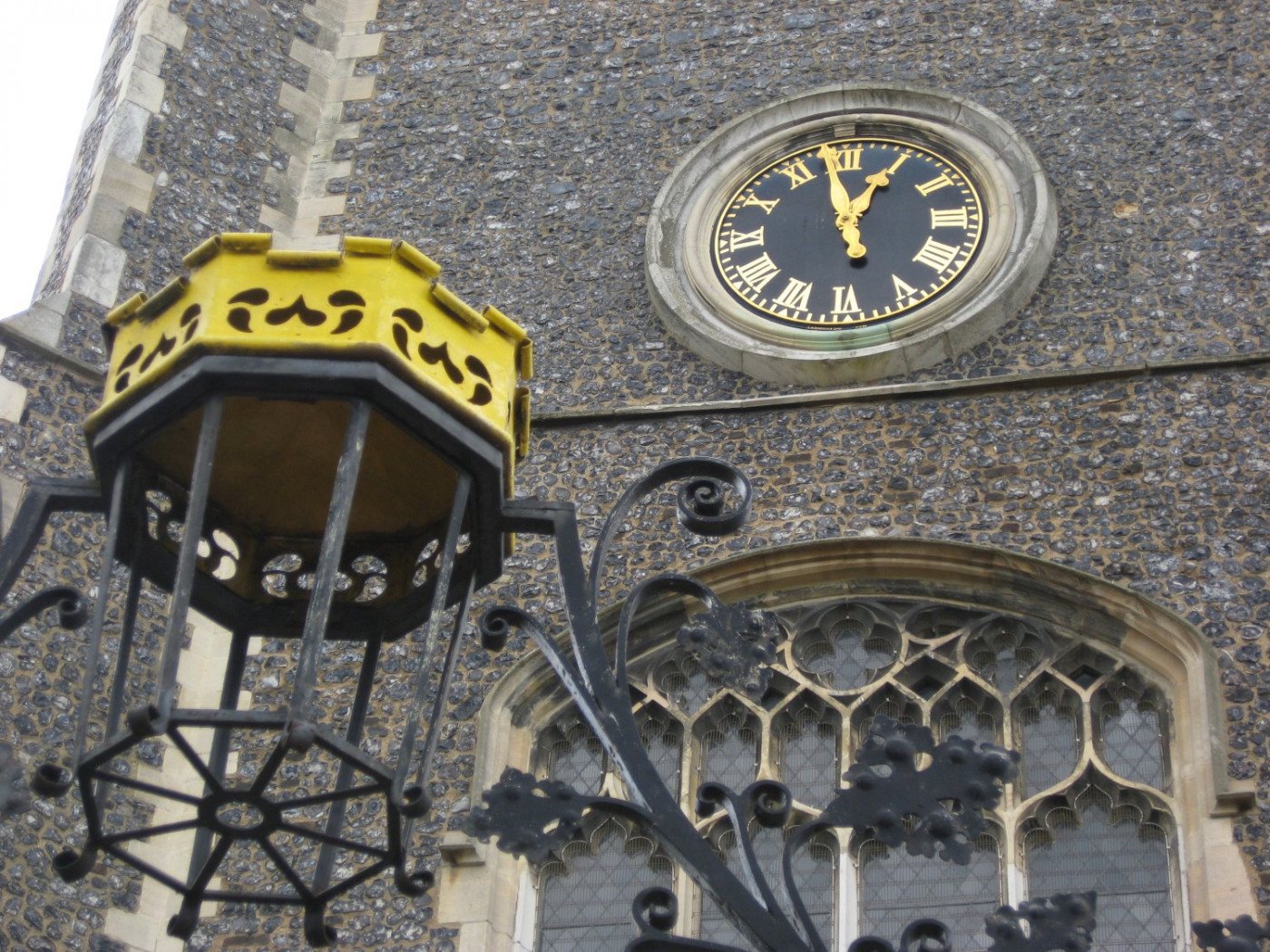 St Peter’s by the Waterfront opened as a centre for the arts and heritage in 2008 as a home for the Ipswich Hospital Band to provide them with a rehearsal and concert venue along with other local music groups and charities.

St Peter’s, one of Ipswich’s ancient mariners churches, has a very long and important history in the town being home to one of only a handful of Tournai Marble fonts in the country, not actually marble but carboniferous limestone quarried in Tournai, in modern Belgium.

The building also has strong links with Cardinal Thomas Wolsey, born just up the road from St Peter’s, and was once the chapel of his short-lived Cardinal’s College set up by Wolsey.

St Peter’s is open as a heritage centre throughout the year to allow visitors to read more about the history of the church, Wolsey and the local parish and area. Our opening hours are as follows:

St Peter’s is also home to the Ipswich Charter Hangings which were created for the Millennium to mark the granting of the Royal Charter to Ipswich in 1200. The panels depict Ipswich throughout the ages from the Vikings to the 20th Century and were created by local people under the direction of Isobel Clover.

Since opening the venue has grown to become a vibrant arts centre featuring a varied programme of music and theatre as well as providing rehearsal space for many local groups and organisations.

The venue has featured music from many local, national and international acts as part of tours and one-off events, with rock, pop, classical and more and has also hosted many theatre performances, both amateur and professional. St Peter’s also presents it’s own monthly Jazz by the Waterfront evenings.

St Peter’s is open to bookings from all groups and organisations locally and nationally for a variety of events including musical, theatrical and conferences. The venue provides a flexible space for any type of event with seating for up to 150 people or standing for around 200 people with a PA system and lighting over a 5 tier stage which itself can hold up to 50 people.

St Peter's by the Waterfront can also be found on www.venue-info.co.uk.