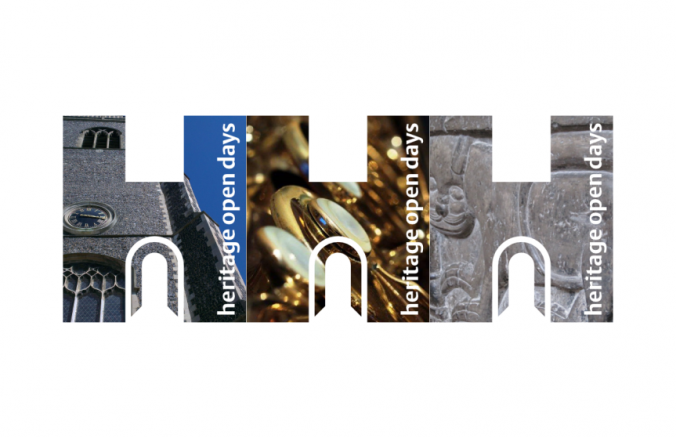 St Peter's by the Waterfront has displays about the history of St Peter's Church in the town of Ipswich from the 12th century to the present day. St Peter's is also the home to the Ipswich Charter Hangings created to commemorate the 800 year anniversary of the granting of the Royal Charter to Ipswich by King John in 1200; they depict Ipswich through the ages from the pre-Viking period through to the 20th Century.

There is also a rare Tournai Marble Font, dating back to 1130 and one of only a handful in the country; a magnificent East Window and has many Medieval, Tudor and Victorian architectural features.

On Saturday 10th September there will be additional displays from local geology group GeoSuffolk, who will be putting on a display of building stones, including those from local buildings and others from further afield, such as Makrana Marble as used for the Taj Mahal.

Local author Phil Roberts will also be in attendance to launch his new book "Cardinal Wolsey - For King and Country", which goes on sale on the 30th August. He will be selling signed copies of his book and will be providing a history of Ipswich's most famous son alongside actors depicting Tudor history.

The annual Suffolk Churches Ride and Stride will also be taking place on Saturday 10th September and we look forward to welcoming participants to this event during the day.