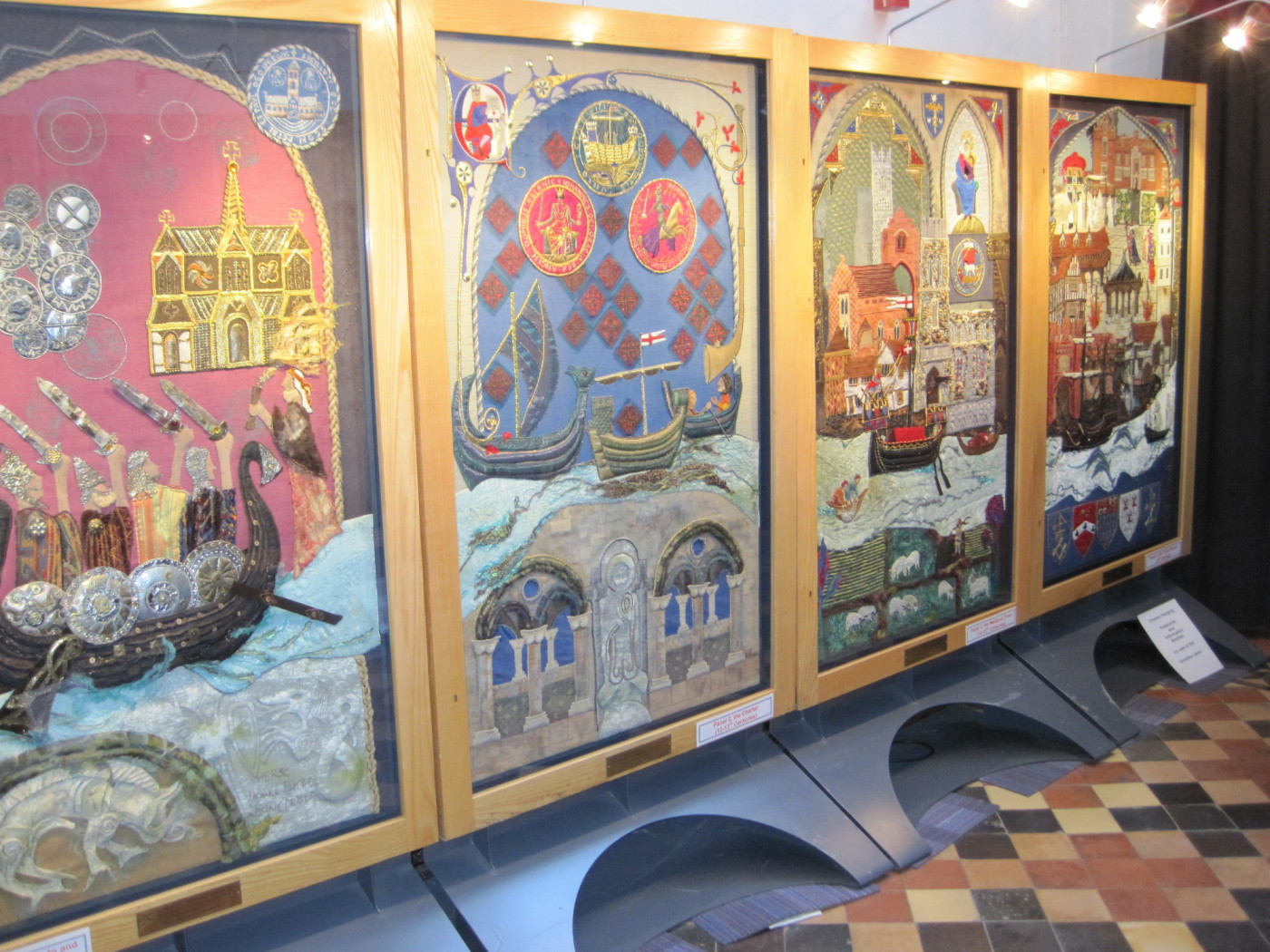 A series of eight large embroidered wall panels, or hangings, that collectively form one complete work. Together they offer the viewer a unique visual journey through the history of the town, from pre-Viking times to the end of the twentieth century.

With every detail, building and artefact drawn directly from the town or the local archives, the hangings show how the town has changed and developed throughout the centuries. The panels are linked by an image of the river flowing through them – a constant to each individual piece and to the town itself.

Commissioned by the Ipswich Arts Association in 2000, the hangings commemorate the granting of the Royal Charter to the town in 1200 AD by King John.

Designed, researched and directed by Suffolk artist and tutor Isabel Clover, the panels were all created with help from her City and Guilds students. Together their hard work, skill and craftsmanship have produced the intriguing, highly detailed and beautiful pieces that together make up the Ipswich Charter Hangings.

Following their completion the hangings were first exhibited locally, before journeying to America where they were shown in Ipswich, Massachusetts. They were then taken to France and the town of Arras, which is twinned with Ipswich.

Printed guides are available for visitors to use, giving detailed notes on the panels, each of which has been titled to reflect the historical period illustrated. The panels are as follows:

The Ipswich Charter Hangings are on display at St Peter's by the Waterfront at the following times: